《Life is full of unexpected》PPT习题课件(第4课时) 详细介绍: 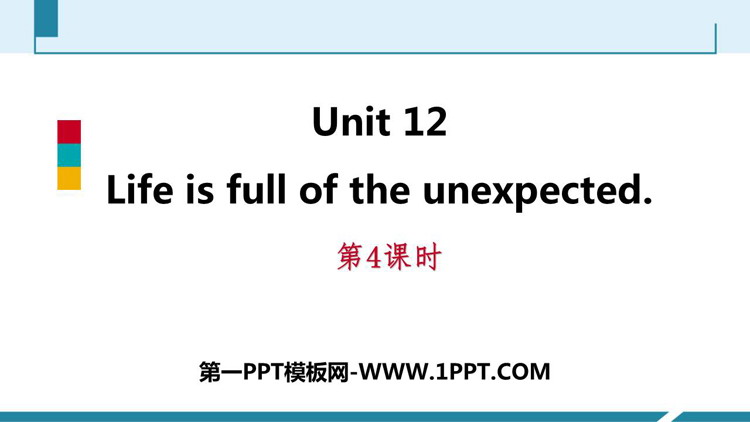 rather than, sell out, all kinds of, end up,

by the time, find out

My name is Philippe and my wife's name is Sophie. We're from __1__. Recently we were faced with a __2__situation while traveling by car in the mountains with our hired driver. Just as we began to doze(打盹), the car made a strange, loud noise and then __3__working.

We tried communicating with the driver but with little__4__， because he couldn't speak French. He tried to tell us with body language that he was going to get help and then he left.

We were in a poor area, with__5__houses in sight. We started to hear the cries of wild animals. Sophie was very afraid. We didn't have much food and it was getting __6__ and darker. I began to lose __7__. Should we leave the car? Would our driver ever __8__？ Was he a trustworthy man? We were very worried.

__11__ we left, he put a note on the windshield of the car with his phone number on it. Then he drove us to a nearby village, and we met his family. His cousin spoke French and he__12__us tea and local foods. __13__ asked us questions and they were excited to have unexpected guests.

Later that evening, the phone rang. It was our__14__. He had kept his word and fixed the car.

I will __15__ forget the warmth we received on that day because we depended on a complete stranger for help.